Bred by Mangalore Park’s Steve Hinchcliffe, the well stamped filly out of Von Maestro was born at Hollylodge and is pictured below at one day old.

Due to the well conformed, attractive filly, Steve Hinchcliffe has opted to send Von Maestro back to Inference in 2019. Inference covered 106 mares at good fertility in his first season at Stud and remains at a fee of just $8,800 inc GST. There are 38 mares at Chatswood alone who are in-foal to Inference.

Inference was one of Australia’s best 3YO’s as seen in an unbelievable victory from last in the stallion making Randwick Guineas Replay. Recent winners of this race include The Autumn Sun, Kementari, Hallowed Crown, Dissident and Dundeel who have all retired to Stud.

Below is a picture of Inference’s filly with a comparison to Inference himself as a foal at Coolmore. 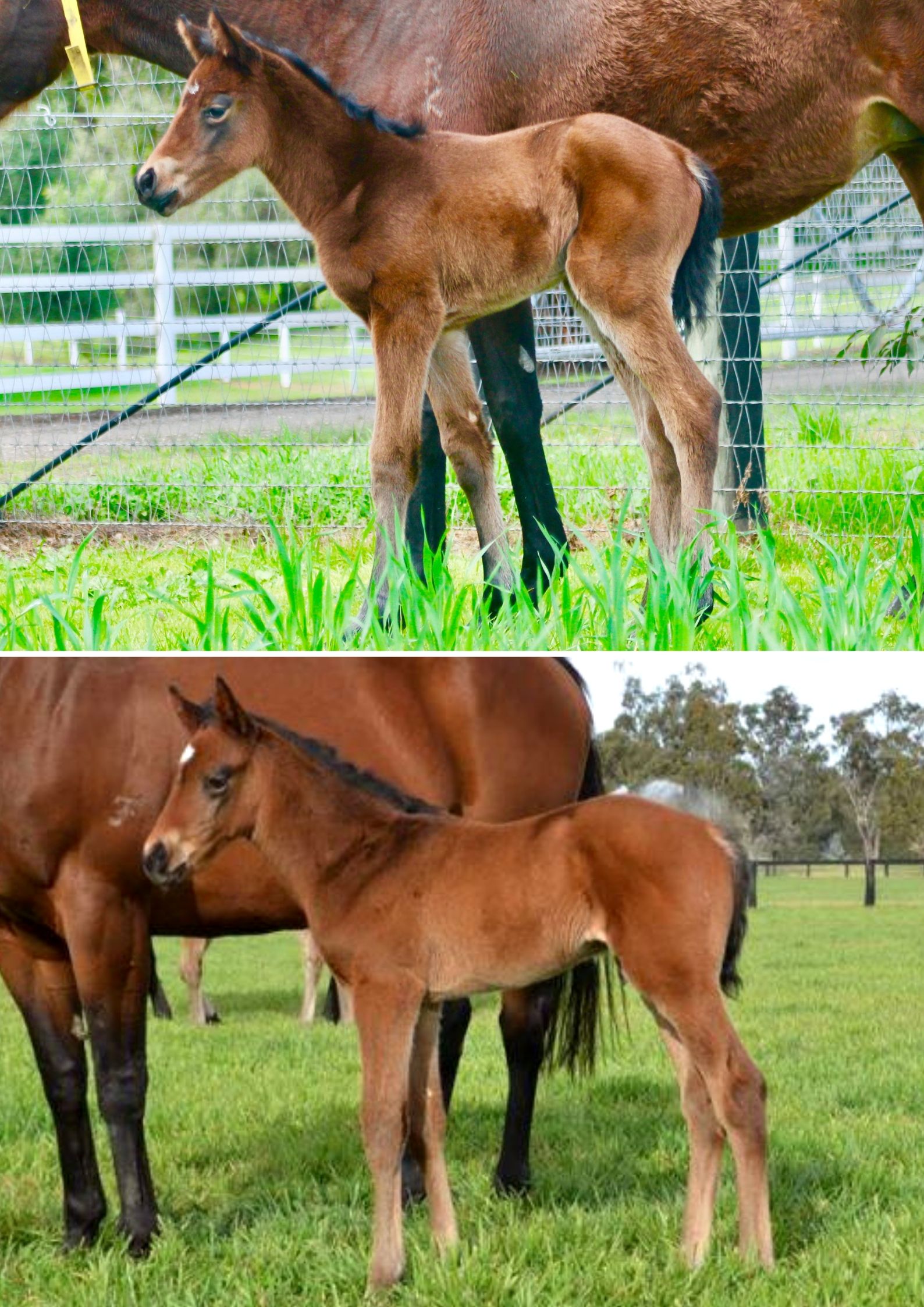