Dragon Leap, the half brother to Chatswood Stud Sire Inference has justified his NZ Derby favouritism by winning the Group 2 Auckland Guineas at Ellerslie. Replay 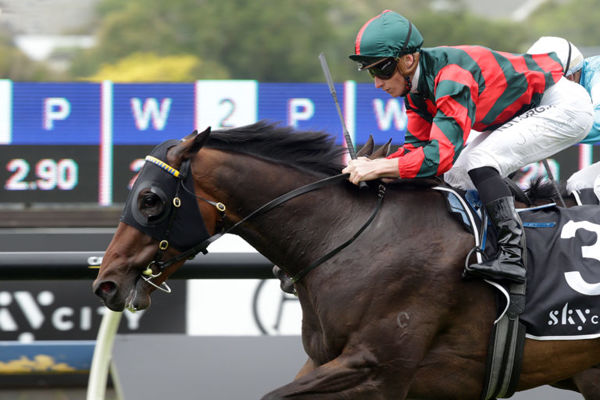 The $1Million son of Pierro beat the previously unbeaten Riodini  by a long neck, with 2-1/2 lengths back to Star Of Bombay in third.

With a Group 2 next to his name after three career starts, connections including trainers Lance O’Sullivan & Andrew Scott have a lot to look forward to.

“He is one of those horses that is slow maturing and there is no doubt in the autumn he is going to be a far better horse,” O’Sullivan said.

“I certainly wouldn’t swap him with any other, but it is just great to be going into our main three-year-old race with a horse that has the capability of running in it and having a chance.”