Reward For Effort mare, No Effort won the $100k Inglis Pinker Pinker Plate on Friday Night at Cranbourne. In typical Reward for Effort fashion, No Effort led all the way to beat off $1.50 favourite Oceanex with Dwayne Dunn sporting the leopard print silks.

Extraordinarily, this was her fifth successive victory after breaking her maiden at start number 17. 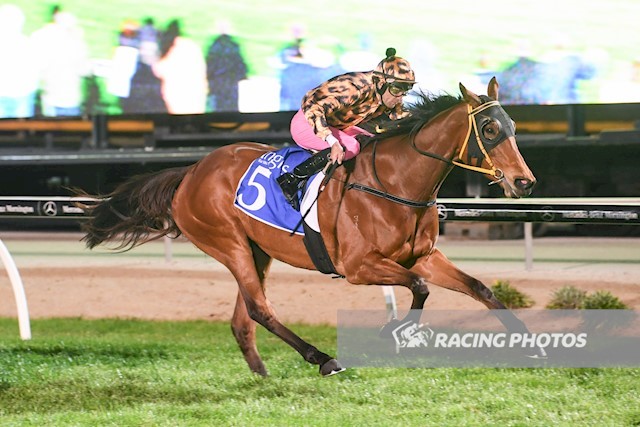 No Effort is trained by Allan Cooper at Cranbourne who has two horses in work. She was bred by Monomeith Stud and is out of Hold The Lion (Lion Cavern) who was covered again by Reward For Effort last Thursday.

Reward for Effort ticked over the milestone of $20,000,000 in career earnings earlier this month and maintains his legion of supporters again this season at a fee of $16,500. Exciting times for Reward with his two best crops yet to race and two of his good horses Lucifer’s Reward and Not Enough Effort due to step out in Group company within the next week.